Mark E. Mitchell, historian, advanced collector, speaker,  dealer, and appraiser, is considered to be one of the nation’s foremost authorities in the acquisition, research, marketing, and preservation of original African American artifacts, including manuscripts, letters, documents, photographs, and books. He is one of the few nationally recognized appraisers in the field of Black Americana, and a noted dealer in antiquarian American newspapers and United States coins. A popular speaker on African American History, Mark has addressed the United Negro College Fund, Oakwood College faculty and students, the Newseum, the J. Franklyn Bourne Bar Association, Delta Sigma Theta Sorority, and The National Press Club, among other prestigious organizations. He has also made numerous appearances on national television, radio, and in print media.

Mark E. Mitchell is highly regarded by many of the nation’s most prestigious institutions. Since 1980, he has consulted with The Library of Congress–its leading authority has stated that Mark is “the person I turn to when I need additional expert opinion regarding the value, scarcity and authenticity of antiquarian newspapers and related documents and manuscripts.” Sotheby’s auction house regularly refers its inquiries concerning early newspapers and African American historical documents and periodicals to Mark for authentication and appraisal. Likewise, Christie’s in New York has been quoted as saying that “He is the expert in this area.”

Mark is a native of Washington, DC, and completed his undergraduate work at the University of Maryland. He is a retired Commander in the U.S. Naval Reserve, and plays jazz saxophone and flute professionally.

Assembled to be a largely visual, museum-quality collection of more than 5000 authentic artifacts and ephemera chronicling African American history, the Mitchell Collection is considered one of the nation’s finest and most comprehensive private archives by such noted authorities as:

In 1991, Mark learned about educator Carter G. Woodson’s lifelong concern that African American History had become marginalized, revised, and, in most cases, omitted from the nation’s history curricula and textbooks. To rectify this, Mark created a collection that, in a virtual walk through time, presents the story of Africans in America by documenting and exhibiting their struggles, accomplishments, contributions, and courage spanning five centuries. Integral to our national experience, this rich history can be an uplifting force for change that must be preserved, taught, and remembered so African Americans can appreciate their identity and legacy while confronting myths and common misconceptions.

Beginning in early 2001, Mark worked closely with Congressmen John R. Lewis and J.C. Watts, as well as Senators Sam Brownback and Max Cleland, to create both the impetus and legislation for the Smithsonian’s National Museum of African American History and Culture that opened in September 2016. Original pieces from The Mitchell Collection were critical in stimulating the interest and action necessary to initiate the museum project. 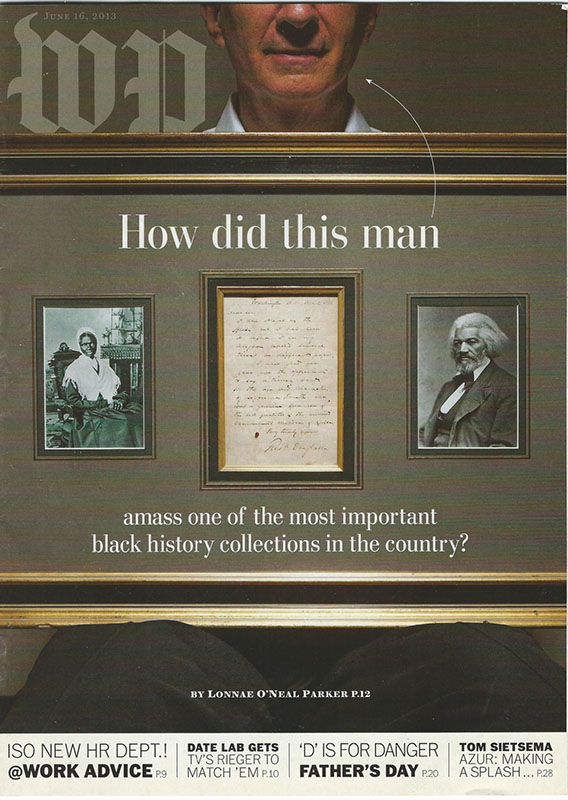 ‘A black history collection with a surprising collector’

Mark Mitchell’s life’s work has been dedicated to collecting the artifacts presented today. Read on to see his work recognized by the Washington Post.

“From every corner, the history thunders. Dances. Laughs out loud. It disturbs your peace.” 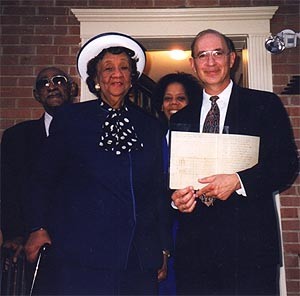 The late Dr. Dorothy Height, President of the National Council of Negro Women, and “Godmother of the Civil Rights Movement,” visits the Mitchell Collection, circa 2001 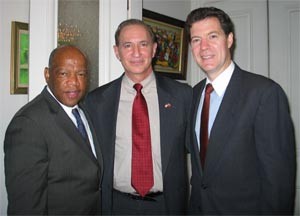 Congressman John Lewis (D-GA), Mark E. Mitchell, and (then) Senator Sam Brownback (R-KS) at a private dinner on March 26, 2003, to celebrate the founding of the National Museum of African American History and Culture (NMAAHC) that opened on Washington DC’s National Mall on September 24, 2016 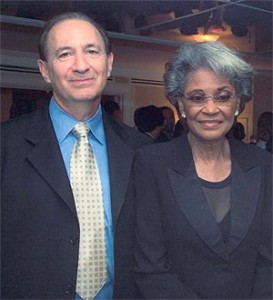 Mark with the late Jazz Vocalist extraordinaire Nancy Wilson, at the Kennedy Center in 2012 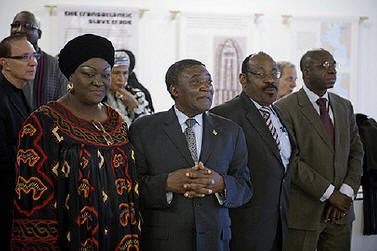 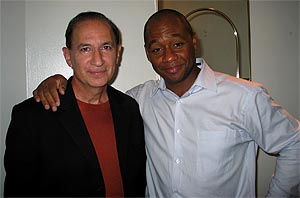 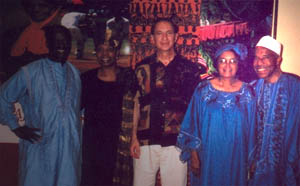 Mark at the African Diaspora Heritage Trail Conference in Bermuda, 2002 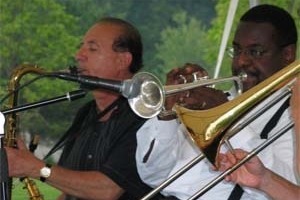 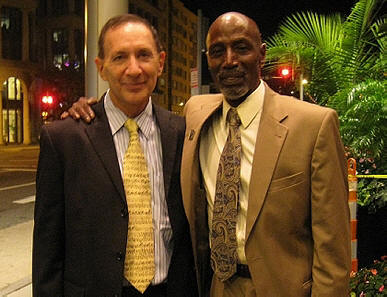 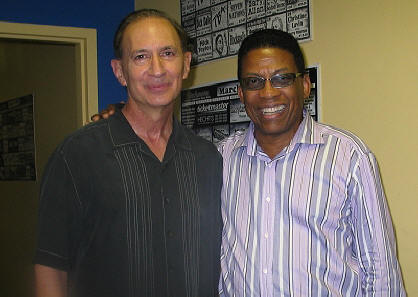 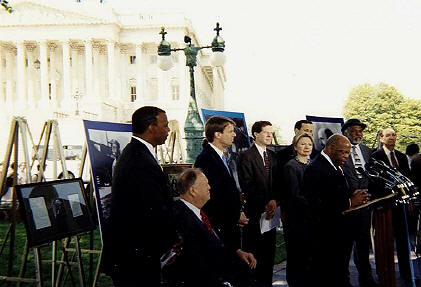 Mark, at far right, listens to Rep. John R. Lewis (D-GA), at NMAAHC dedication outside the U.S. Capitol in 2003, with pieces from his collection in background 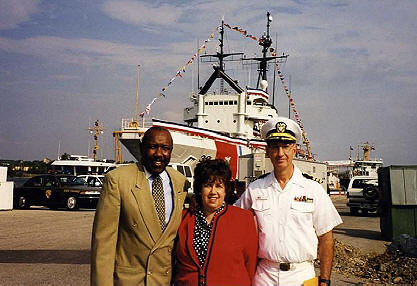 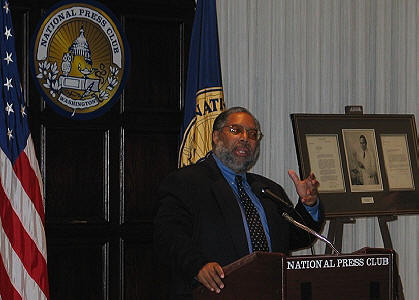 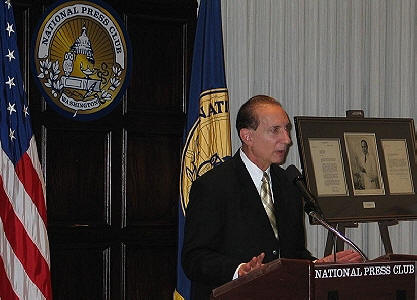 Mark speaking at the National Press Club in Washington, DC 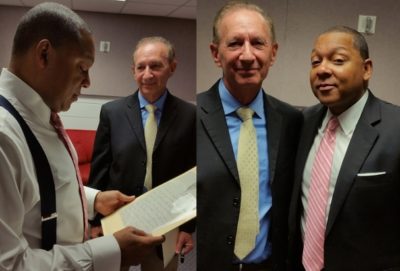 Mark in Feb. 2017 showing Wynton Marsalis two Louis Armstrong letters from 1932 and 1971, both described in the Arts & Music category